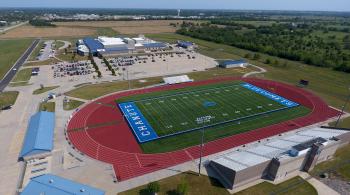 In the wake of this year’s health and political issues came a wave of economic uncertainty and fluctuating markets. In Chanute Public Schools, administrators watched the bond markets for months and eventually made a decision that resulted in significant cost savings to the school district and USD 413 taxpayers.

In March, the remaining $24 million in bonds sold in 2008 became eligible for refinancing. That bond issue provided funds to build Chanute High School, Chanute Elementary and renovate Royster Middle School.  After watching the markets for months, the school board authorized Piper Sandler Underwriters and Superintendent Kellen Adams to move forward. In September they began checking interest rates daily until it reached a palatable level they wanted to lock in and refinance the bonds. An analyst with S&P was scheduled to review the district’s finances and the worthiness of a rating that would attract investors.

“That rating was pretty important to us,” Adams said. “The higher the rating the better you look to investors who want to buy the bonds.”

The months of waiting paid off with nearly $1.9 million in savings towards the repayment of the bonds.

For taxpayers, this means they won’t see the projected tax increase that would have resulted as the bond debt declined.

“Our mill rate was going to slowly increase over time as the payoff got closer. We wanted to level it out,” Adams said. “The process was similar to refinancing your home mortgage, with the district looking to lower the interest rate from what it currently had.”

With the savings, the district had the option to extend the months of repayments for lower monthly rates, pay the bonds off early with a slightly more aggressive mill rate, or maintain the existing rate and keep it from rising.

“We wanted to level it out,” Adams said. “It is our goal to keep your tax rate as flat as can be. I am proud to say our mill rate has remained the same for three years.”

As the existing debt is rolling off, the district will assess its current infrastructure, and review current upcoming needs.

“Taxes can’t go down and the school district continue to provide the level of service the public expects,” Adams explained. “It’s our job to manage it as best we can with bond refinancing, and to take care of the buildings we have.”

If the bonds were running out in 2025 the district could layer in a bond that doesn’t raise anybody’s taxes, and provide for future needs whether it’s in early elementary education or Career and Technical Education for high school students.

“What you do not want to do is let a bond expire, and then bring a bond back in to pay for something new. That lets the tax rate go down and then get raised again and all the public will remember is you’re raising taxes again,” Adams said.

“This (new repayment schedule) represents a huge opportunity for the district down the road to have options available for new infrastructure needs, as we continue to invest in the bricks and mortar of USD 413.”