413 Superintendent believes in building leadership at all levels 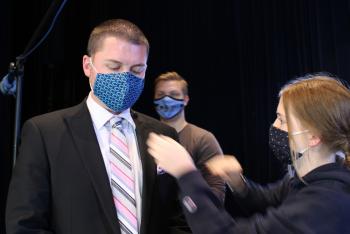 It’s no surprise that good leadership is crucial in Kellen Adams’ mind, but the Superintendent of Schools is emphasizing its importance in a new and broader way.

Adams is promoting effective leadership through a series of videos on YouTube and he’s enlisted the help of the technology teacher and students at Chanute High School to record and upload each interview. The first two segments in Leveraging Leadership – 30 minutes with Kellen Adams involve interviews with CHS Principal and Assistant Superintendent Matt Koester and then Assistant Principal Brooke Wire at Chanute Elementary.

Good leadership charts the course, sets the vision and executes decisions, he said. They also look for leadership qualities among their staff.

“We want leadership at all levels. You want some teacher leadership down every hallway,” he said.  The video series is about “growing the leadership and highlighting the efforts of those folks who have been leaders in their positions.” 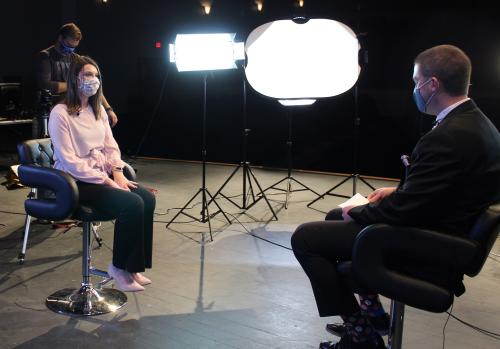 Wire, who attended Chanute schools, taught first grade at Chanute Elementary for 11 years. It was during the time she became the PLC leader for the first grade team that she began thinking about leadership. Eighteen months ago she moved from teacher to assistant principal.

Gaining an outside perspective on CES has been one of her biggest challenges.

“I appreciate colleagues who have come (from other cities) and ask Why?” she said. It helps her look at how they do things at CES differently.

“We are doing a lot of good things,” she said, and “it’s because of the people in our building.”

The four principals can help build a culture at CES, but alone they can’t sustain it.

“We need everyone to carry it down to teacher leaders and down to teachers. I believe everyone in our building is a leader in some capacity,” Wire said, and her role is to convey that.

Matt Koester talked in his interview with Adams about leadership being behind the decision he’ll remain as interim principal at Chanute High School a second year.

With two assistant principals new to their positions, remaining at CHS another year provides some consistency within the building as well as a sounding board for an assistant principal seeking advice or dealing with an issue they’ve not been confronted with before, he explained.

The Leveraging Leadership series won’t be limited to Chanute Public Schools or even Chanute, though that’s where it’s starting.  Matt Godinez, with the Chanute Regional Development Authority, is on the list, to talk about the importance of schools and its linkage to the local economy.